Most Conservative States in America

Many factors go into a "Conservative State" but we can all agree that we want to live the Right way!

Most Conservative States in 2021

What makes a state conservative, liberal, progressive, socialist, or any of the terms we hear flying around today?

While there is no true definition of “conservatism”, we typically know of it as a way to conserve the ideas, principles, and culture that make America the greatest and most prosperous nation in history. We know that when these principles and ideas are applied, people flourish and society improves. We can see this in the stark contrast of Red and Blue States coming out of the COVID-19 restrictions and lockdowns of 2020.

Conservative politics is often Republican politics, meaning that Conservatives find most of their ideals and policies at home within the Republican Party. Not every Republican is a conservative, and not every conservative is a Republican. We see conservatives up and down the elected positions in States that have Republican Governors, Houses, Senates, and other elected officials. Typically, conservatives believe in the principles of small, limited government, Biblically based morality, strong support for the ideas of the Declaration of Independence and the Constitution, lovers of the Bill of Rights, fierce advocates of personal responsibility, independence, free markets, and low taxes.

Presidential elections are strong national indicators of where the conservative population is moving and thriving. We all know the 2020 election was unique and fraught with disputes, but many of the “red” states remained solidly red.

Conservative States as seen from the 2020 Election

State Governors set the tone for the policies the people want to see enacted by the State Legislatures and Republican governors often indicate a more conservative approach to policies. Below is a list of States with Republican and Democrat governors.

State Legislatures are composed of Senates and Houses to serve as the bodies of representation for the 50 republics that make up the United States. Nebraska is the lone exception with a unicameral legislature. These are the men and women that represent the people of their districts to craft the policies that will impact the citizens of their State on a daily basis. It is here that conservative legislators are fighting hardest to enact conservative policies that make their States so attractive both fiscally and culturally. Below are lists of States with Republican and Democrat Senates and Houses.

We understand just how difficult the decision is to move away from a home and State you’ve loved. Our founders left a community they once loved too. We get it. You’re choosing to start a new life somewhere better. Here are just a few reasons why so many choose to move:

We have top-producing real-estate agents all across Texas, our team works together to ensure your relocation is seamless from one state to another, keeps you informed every step of the way – by your side.

Our team can help with preferred lenders to assist with a traditional 30-year fixed or VA loan; complimentary consultation with a national job recruiter, discount rates with moving companies, and much more.

We coordinate meetings between you, and our agents and other support team members. Once you’re home, we can help with introductions to clubs, organizations and even other residents who made the same move.

Conservative Move is here to help you sell your home, organize your move, and find a home in a community where you feel safe, valued, and at home. 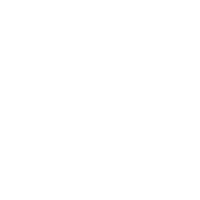